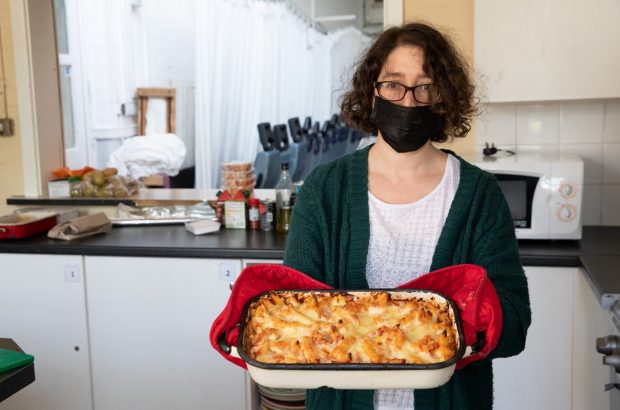 In collaboration with The Friendship Cafe and Gloucester Helping Hands, we’ve been collecting and distributing both fresh and cooked food to those in the Barton and Tredworth area.

One of the biggest issues facing those most in need during this time is food. Due to self-isolating people may be unable to visit supermarkets or they may be struggling with money due to job loss. Thanks to the generous donations from various shops, we’ve been running a community food bank out of The Friendship Cafe’s main hall.

We’ve received much welcome donations of food from Graham – Manager at the nearby Sainsburys Local, Wendy – Community Champion at Morrisons Metz Way, as well as lots of treats from other organisation and stores like watermelons from Gloucester Hardware.

Every weekday we’ve been cooking lunches which we then distribute to those in need in the surrounding area as well as frontline staff. Tina, who usually runs the cafe, cooks three times a week. Our very own Emma and Sue have also taken turns coming in and making frittatas, tuna pasta bakes and other similar dishes on the other two days.

Even participants have been joining in with cooking – with Seb making enough pizzas to feed 68 people during one day. Other participants like Debbie and Gill have then been helping to pack and deliver the food.

Over the past three weeks we’ve delivered around 774 meals with the number increasing each week and no signs of slowing down anytime soon.