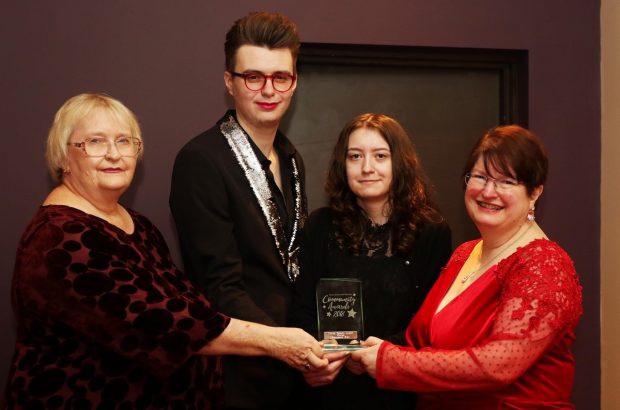 A huge congratulations to Francesca for winning the title of Young Person of the Year at the Community Awards on Saturday evening. Frankie is a perfect example of the many young people who are working tirelessly and doing amazing things in and around our communities. We are very proud and lucky to have Frankie as part of our Fair Shares team and her award was well deserved.

Frankie has been part of Fair Shares for over three years now and joined our youth project working with the Youth Support Team. She has given her time to get involve with endless amounts of practical projects such as varnishing the office at the City Farm, Building flag poles for the Gloucester Services, tidying up gardens at residential homes to even helping set up our new offices at Chequers.

Frankie then moved on to helping us in the office through a traineeship program. She initially took on the job of providing admin support but we soon realised just how talented and capable she was with computers. It didn’t take long before she became invaluable to us and was single handedly in charge of all our media and social networking and if anyone had a problem with computers Frankie was the one to figure out a solution. Frankie has become an important part of our Staff team and she still gives her time to get involved with things outside of her immediate work.

Frankie is a great example of our Young People’s Project – Getting young people into timebanking and involved in the community. We’re very grateful to the Office of the Police and Crime Commissioner of Gloucestershire and Martin Surl who have funded this project over the past 4 years and continue to do so. Without that support the work on the ground would never be as successful.