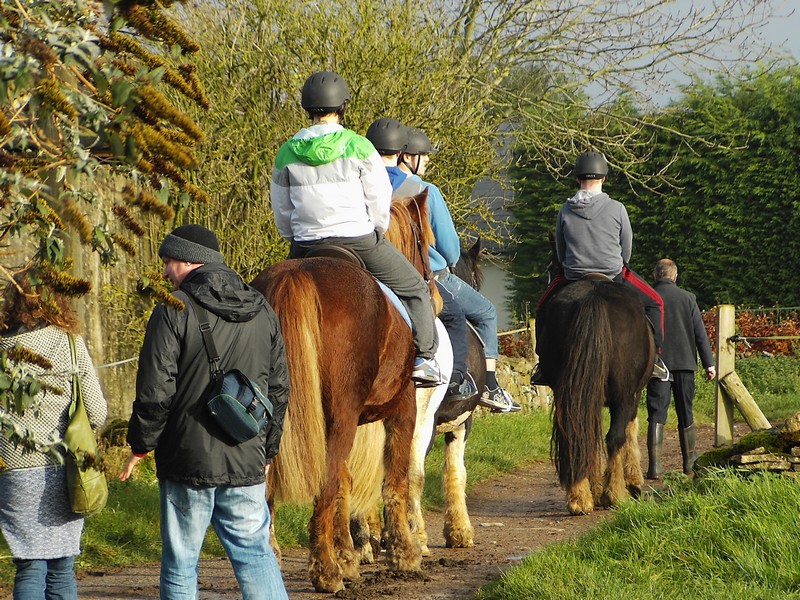 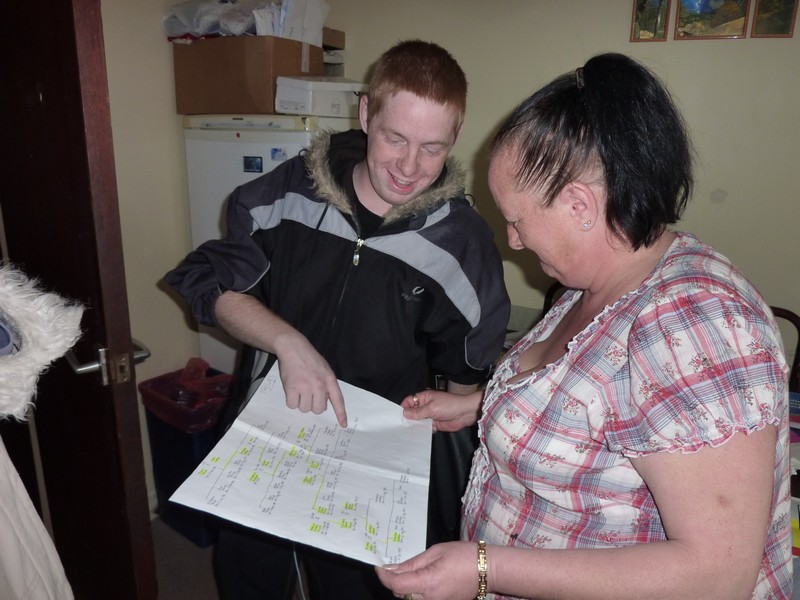 Fair Shares worked on this project with OPENhouse in Stroud, who provide education and housing for young people who are homeless or not in main stream education. The idea was to bring the younger people together with members of Fair Shares to explore life experiences, gain greater understanding of each other and do activities together.

First we spent time getting to know the young people who were going to be involved in the project, building up trust and discovering what interested them. We visited places where the young people went to “get away from stress” and “clear their heads” and on these walks they talked about their lives, the beliefs, the difficulties they had and what they’d like for the future.

More activities followed, including horse-riding, which two of the four young participants had never tried before. This was also an opportunity to involve another of the elderly Fair Shares members – for one session a 93 year old woman who used to be an accomplished rider joined the group. Although she was not able to ride, despite a valiant attempt, she chatted with the group of young people and passed on her riding and life experiences.

At the end of the project we decided to have a meal together, cooked by those involved in the project and served in the Open House kitchen. Four younger people and two older people along with Chris and Emma enjoyed some classic food. It was a little chaotic but there was a real sense of achievement after the meal. It also gave the generations an opportunity to chat with each other and share experiences.

The next stage involved pairing younger and older people together so they could get to know each other better. Johnathon, Joe and Stacey arranged to meet Rose, Bill and Dorothy respectively. Rose has an interest in family history and she encouraged Johnathon to find out about his family links, sparking a real interest for him. Bill and Joe shared a mutual connection with the British military and both participated in contact sports.