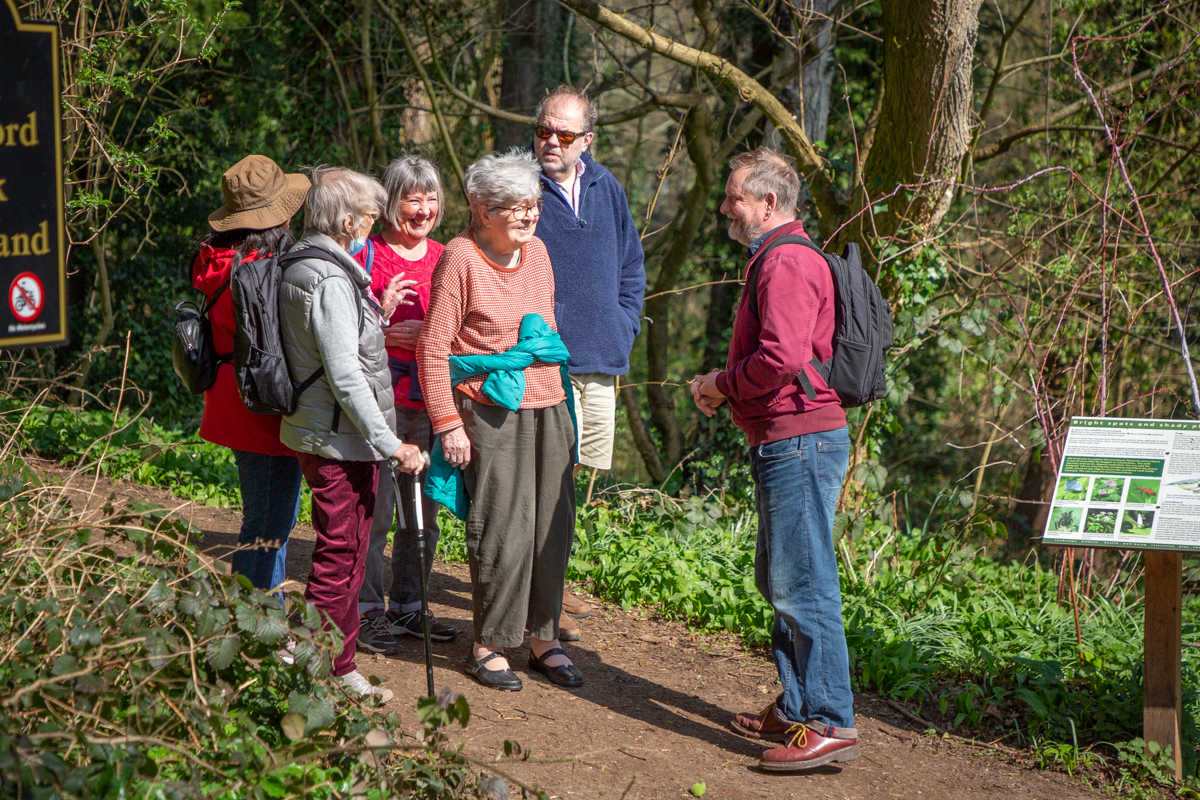 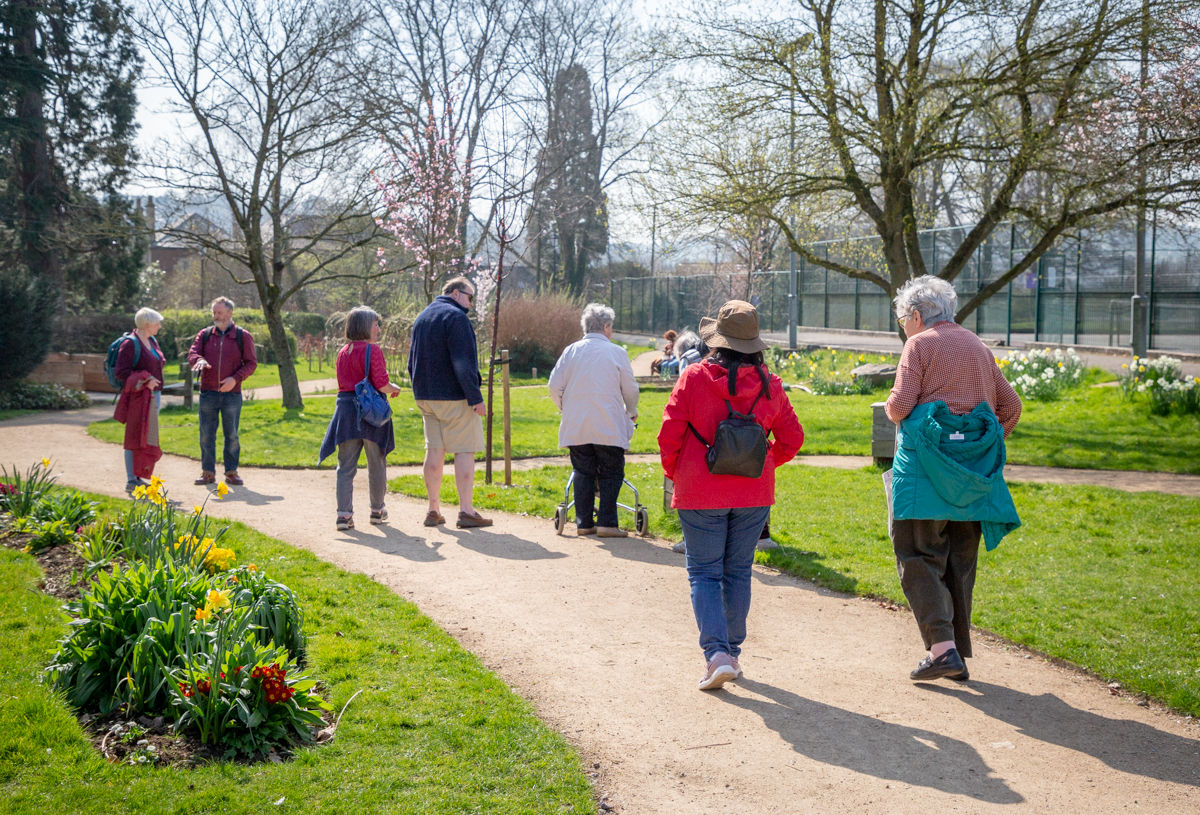 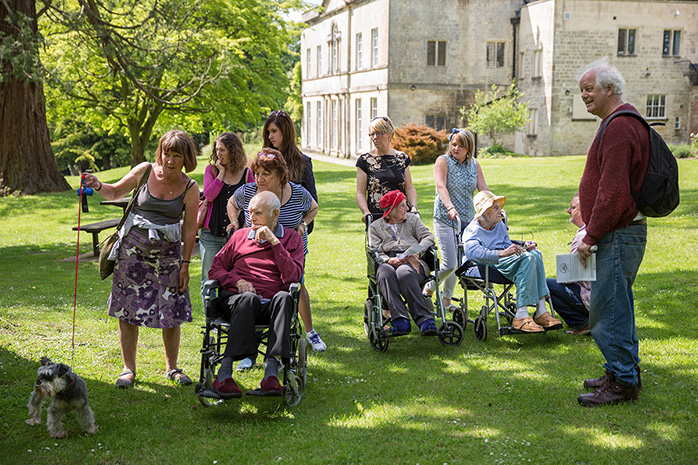 We’ve been developing work among those living with dementia and their carers at our Stroud timebank since 2013. The catalyst to this work being a series of Dementia Discussion Days organised by Fair Shares. From this grew the idea of the Gentle Park Walks. The walks have involved collaboration between Fair Shares, The Museum in the Park and the Stroud Valleys Project. In 2014 Dementia Adventure trained sixteen volunteers (8 from Fair Shares) to become walk leaders, for a pilot project that was run in the Museum’s grounds.

In 2015 over 121 different individuals attended the walks, many on a regular basis. They came from several care homes, a day service, several memory groups and carers groups, and were referred via Community Dementia Nurses (NHS), Village Agents, Social Workers, Alzheimer’s Society dementia advisers, and Museum staff. Others heard of the walks through informal networks.

For some it has been their first excursion in many years outside of a residential home simply for fun. Our walks have also been a source of support for carers who can often feel isolated and exhausted. A friendly face and chat with someone who understands their situation can make an enormous difference.

For the walk volunteers it has been a rewarding and hugely enjoyable experience. It provides them with a deeper understanding about the lives that can often be hidden from mainstream view. Care home practices have also been challenged and updated due to the walks. As a result there’s been improved communication between staff and family members and a realisation of the benefit of exercise and socialising.

Want to join us on a walk?

Our gentle walks are currently running every 2nd and 4th Friday of the month.

We meet up at The Museum in the Park at Stratford Park, at 10:30am, for a coffee & chat before setting off on the walk around 11am.

Email Chris
Back to Projects